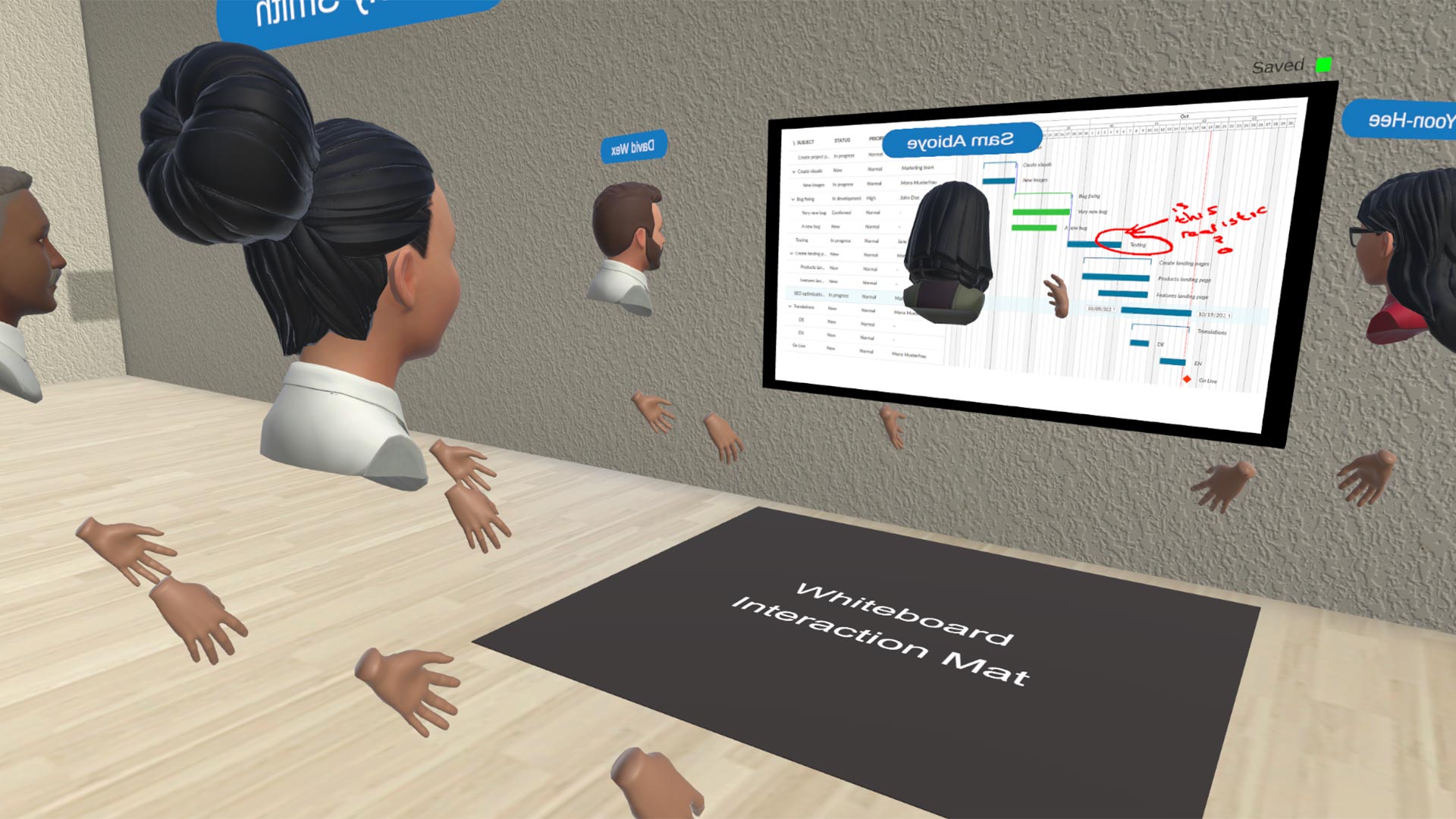 We’ve had a fantastic summer at meetingRoom HQ so far, and hope wherever you’re reading this from that things are going well. The world is in an interesting place right now, and from our team to yours, we hope the rest of 2021 is good for you! Below is a quick update on all things meetingRoom and our new virtual meeting rooms coming soon to VR for Work.

meetingRoom has arrived on the Oculus App Lab

End of life for meetingRoom 1.5

Virtual space-as-a-service making it’s mark on the metaverse is taking shape. With the next release upcoming, we will be posting a detailed preview soon. Please see a sneak peak of what is coming below. We’ve come a long way in a short space of time. The next release (1.7) of meetingRoom opens up the art of the possible. Global teams will achieve more with the meetingRoom solution than ever before. Without giving too much away, expect the theme for this release to be dynamic with new virtual meeting rooms.

meetingRoom is now live on the Oculus App Lab to ensure simple access to meetingRoom on a headset. For those not using business channels, coming in from consumer Oculus Quest headsets. App Lab lets you started with meetingRoom and new virtual meeting rooms a lot faster.

With the new release of meetingRoom, we will no longer support Oculus Quest (original). This will enable us to support an improved user experience. We found that the majority of our user-base have already upgraded their headsets. We expect minimal impact to active users. We will cover the improvements coming in an upcoming blog post.

End of life for meetingRoom 1.5

As we prepare to release the latest release of meetingRoom, we want to ensure a smooth migration. We have communicated with customers. meetingRoom 1.5 will no longer be active, effective from September 1st. If you need more information – please get in touch.

Remote Working  -  Has Its Time Come?