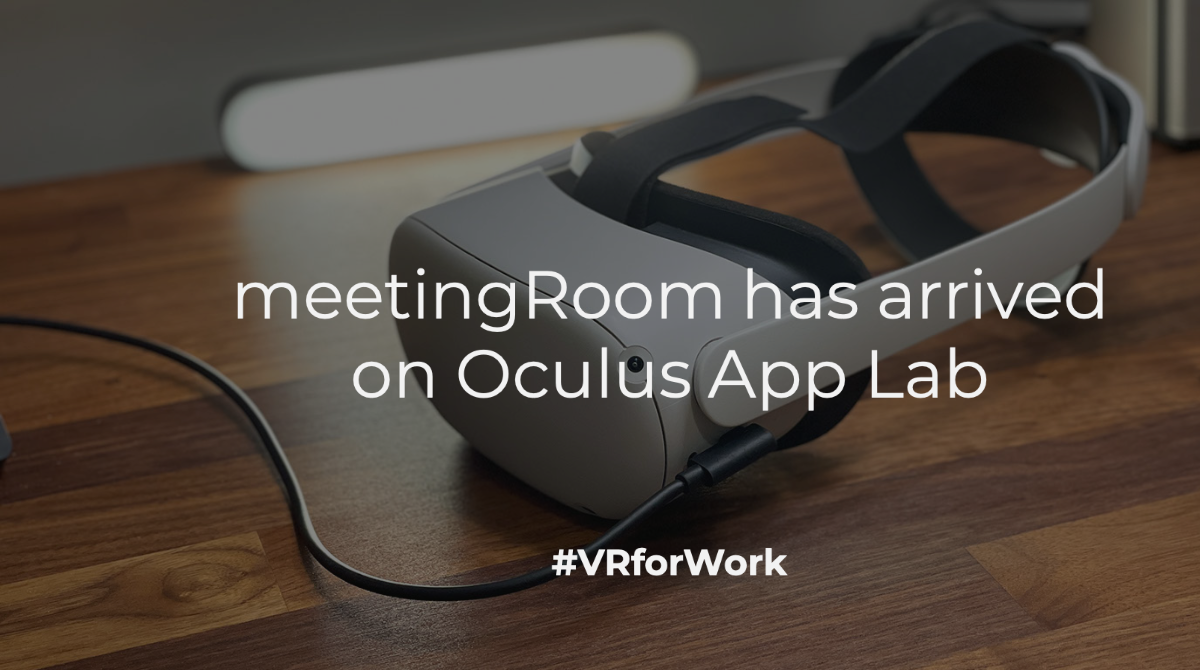 We are proud to announce our virtual reality meeting spaces are live on the Oculus App Lab. This happened a few months ago and we’ve put together what we have learned so far below.

meetingRoom is not available to the general public yet i.e. not on the Oculus Store. We had a roadblock to getting users started in the way we wanted. Having high friction first-time experience when using the Oculus Quest using release channels.

This issue is now solved thanks to Oculus. meetingRoom is now available to download from a link on Oculus Quest headsets. This replaces the previous release method. This is a similar process to becoming available on Business channels. This is another great step towards reducing friction for VR for Work users.

We have experienced a significant increase in the requests to support consumer headsets. This acts as an entry point to VR for Work in the past six months i.e. using virtual meeting spaces for remote work. Many teams have picked up their first headset as part of their current hybrid policies. Oculus App Lab distribution allows for simpler distribution to the Fortune 500.

We have had access for a few weeks and been testing with existing and new customers. The results so far:

Existing customers can download the updated version of meetingRoom using the dashboard. You can also get in touch with the team direct.

New customers can get started right away. If you have a Quest or Quest 2, we can arrange a tour right away by clicking the link below.

How to get ready for attending a virtual reality meeting